Tols Penny is the daughter of the Regent Tols Angus, and a member of the Royal family. She is a student of the Royal Academy, enrolled in the Archery class. Penny was first introduced in the first chapter as an ally of Xiang Ye, Isabella Osa, and Alex Ayr. While she is a member of the royal family she was born to a slave from the Beast Tribe, although the exact details of her background is unclear. While her brothers do not treat her well, her father Tols Angus seems to hold her in better regard than his sons due to her usefulness.

Penny is introduced as a stoic character. However, during her battle with Isabella, she is shown to enjoy battle as she repeatedly demanded Isabella to stop holding back and reveal her true strength (to which she regrets). Not much else is known about her currently. It is later revealed that she wants to kill her own father Tols Angus for personal reasons, and plans to use Xiang Ye and Isabella for as weapons. She is aware that Yi Bei is infact Isabella Osa, the deposed Demon Queen, but keeps it a secret. Xiang Ye is aware of Penny's designs but doesn't reveal them to Isabella. Penny seems to be very arrogant. She claims that she can defeat Isabella despite the fact that she was overwhelmed by Isabella's immense power.

Penny is a young woman with a slender figure. Penny has yellow eyes with a purple short hair cut. Each time she is shown in the story she has worn the same green belly shirt and black cloak along with black tights accompanied with multiple buckles.

Penny is introduced in the prologue along with Xiang Ye, Isabella Osa, and Alex Ayr, fending off against a monster.

Penny is not seen again until chapter 49 appearing before her father Tols Angus after killing three of Guro's ally's. Angus instructs Penny to attend the Royal Academy as an insert student of the Archery Class, and to enter the Kingdom Cup Tournament to monitor Xiang Ye.

In the beginning, Penny is seen hiding her identity with a cloak. When she sees Xiang Ye and the rest of his party drive by with their speedboat she flips her cloak back and looks at them with curiosity. She is not seen much through the rest of the first round, though she does steal Alex's token after the battle with the Queen of Thorns. She ends the first round with 20 points and enters the second round for battle

After witnessing Isabella (under the name Yi Bei) defeat her brother Tols Buri in combat, Penny restrained her other brother Tols Buno from attacking Yi Bei in retaliation and warns him not to embarrass himself. Though Buno relents he still shows his disdain for Penny by reminding her that she is a slave's child. With most of the arena in need of repair, White Dragon Knight Commander Sophisas decides to end the first half of the match ups, but Penny insists to have her fight next as it wouldn't take long.

Penny vs. Nia Tuo: During her first battle in the second round, she quickly disposes of her opponent from the druid class by using her whip without much effort on her end.

Penny vs Yi Bei: Her second battle was with Isabella. That first they seemed evenly matched. However, Penny noticed that her opponent was holding back and forced Isabella to use some of her demonic boundary force. This caused Penny to lose her senses to battle and fight on equal terms with the demon queen for a short while. However, as Isabelle lost control of her powers Penny's chances of victory decreased. If not for Xiang Ye's and the principal's interference she very well could have lost her life.

After her loss, she is seen being interviewed by the guards. She tells them to drop the act and they begin to address her a "princess" Penny, showing she was a royal member all along.

In the beginning, not much was known about what Penny was capable of. Aside from that she was an assassin for hire that was good at her job and a very capable spy. During the Tournament arc, Penny has shown and proven to be a very powerful and highly skilled fighter. This was hinted at in the first round where she was shown to be the only member of her team to not be injured or exhausted from the fight. And hinted again after defeating Tia Nuo in almost no time during her first battle in the second round by strangling him with her whip.

In her duel against Isabella Osa proved she was a very adept opponent, being able to dodge, block, and counter Isabella more easily than Tols Buri. Tols Penny's Boundary force is note worthy as well. The moment she unleashed its full force many present was shocked by how great it was. Penny's strength and speed increased to a point that she was able to overwhelm Isabella Osa for awhile. It is also later revealed by Xiang Ye that the boundary force used by Tols Penny belonged to the Beastmen as she was disqualified because of the nature of her Boundary Force. 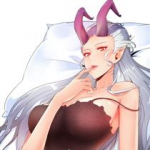